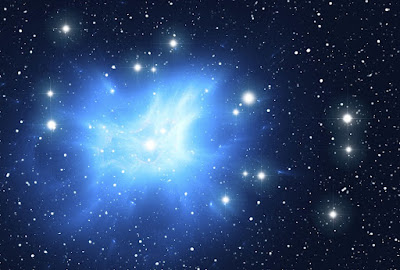 Half of the heavy elements including all actinides are produced in r-process nucleosynthesis, whose sites and history remain a mystery. If continuously produced, the Interstellar Medium is expected to build-up a quasi-steady state of abundances of short-lived nuclides (with half-lives ≤100 My), including actinides produced in r-process nucleosynthesis. Their existence in today’s interstellar medium would serve as a radioactive clock and would establish that their production was recent. In particular 244Pu, a radioactive actinide nuclide (half-life=81 My), can place strong constraints on recent r-process frequency and production yield. Here we report the detection of live interstellar 244Pu, archived in Earth’s deep-sea floor during the last 25 My, at abundances lower than expected from continuous production in the Galaxy by about 2 orders of magnitude. This large discrepancy may signal a rarity of actinide r-process nucleosynthesis sites, compatible with neutron-star mergers or with a small subset of actinide-producing supernovae.

Introduction
About half of all nuclides existing in nature and heavier than iron are generated in stellar explosive environments. Their production requires a very short and intense burst of neutrons (rapid neutron capture or r-process). The nuclides are formed via successive neutron captures on seed elements, following a path in the very neutron-rich region of nuclei. However, the relevant astrophysical sites, with supernovae (SN) and neutron-star (NS-NS) mergers as prime candidates, and the history of the r-process during the Galactic chemical evolution are largely unknown. The interstellar medium (ISM) is expected to become steadily enriched with fresh nucleosynthetic products and may also contain continuously produced short-lived nuclides (with half-lives ≤100 My (ref. 5)), including actinides produced in r-process nucleosynthesis.
Recent r-process models within SNe-II explosions, based on neutrino wind scenarios, suffer difficulties on whether heavy elements can really be produced in these explosions. An alternative site is NS ejecta, for example, NS-NS or NS black-hole (NS-BH) mergers. Candidates of such neutron-star binary systems have been detected. Estimations of an NS-NS merger event rate of about (2–3) × 10^−5 per year in our galaxy would allow for such mergers to account for all heavy r-process matter in our Galaxy.
It was pointed out by Thielemann et al.4 that observations of old stars indicate a probable splitting of the r-process into (i) a rare event that reproduces the heavy r-process abundances including actinides always in solar proportions, and (ii) a more frequent event responsible for the lighter r-process abundances. Galactic chemical evolution models show that NS mergers, occurring at late time in the life of a galaxy, cannot account for all the r-process nuclei found in very old stars. Thus, recent models suggest different r-process scenarios (similar to s process), which might occur at different nucleosynthesis sites.
To summarize, very few hints on astrophysical sites and galactic chemical evolution exist. First, the relative abundance distribution observed spectroscopically in a few old stars for r-process elements between barium and hafnium is very similar to that of the Solar System (SS), pointing to an apparently robust phenomenon; a large scatter for the r-process elements beyond Hf and also below barium is, however, observed. Second, the early SS (ESS) is known to have hosted a set of short-lived radioactive nuclides (t1/2<~100 My), among them pure r-process nuclei such as 244Pu (half-life=81 My) and 247Cm(15.6 My) clearly produced no more than a few half-lives before the gravitational collapse of the protosolar nebula.
We report here on a search for live 244Pu (whose abundance in the ESS relative to 238U was ~0.8%) in deep-sea reservoirs, which are expected to accumulate ISM dust particles over long time periods. Our findings indicate that SNe, at their standard rate of ~1–2/100 years in the Galaxy, did not contribute significantly to actinide nucleosynthesis for the past few hundred million years. A similar conclusion is drawn, when related to the recent SNe history in the local interstellar environment: we do not find evidence for live 244Pu that may be locked in the ISM in accumulated swept-up material and that was transported to Earth by means of recent SNe activity. Our results suggest that actinide nucleosynthesis, as mapped through live 244Pu, seems to be very rare.

Experimental concept
ISM dust particles, assumed to be representative of the ISM, are known to enter the SS and are expected to reach and accumulate on Earth in long-term natural depositories such as deep-sea hydrogenous iron-manganese (FeMn) encrustations and sediments. Such a process is confirmed by inclusion in these archives of meteoritic 10Be, cosmogenic 53Mn and live 60Fe, the latter attributed to the direct ejecta of a close-by SN. 244Pu-detection would be the equivalent for r-process nuclides of the γ-ray astronomy observations of live radioactivities17produced by explosive nucleosynthesis in single SN events (for example, 56Ni, 56Co (77.3 d), 44Ti (60.0 y) or diffuse in the Galactic plane such as 26Al (0.72 My) and 60Fe (2.62 My), owing to their longer half-life).
Several models, based on the frequency of SN events, the nucleosynthesis yield and the radioactive half-life, were developed to calculate the abundance of 244Pu in quasi-secular equilibrium between production and radioactive decay rates. These models together with the flux and average mass of ISM dust particles into the inner SS measured by space missions in the last decade (Galileo, Ulysses, Cassini) 31 are used here to estimate the corresponding influx of 244Pu nuclei onto Earth.
We compare our results also with a possible imprint of recent actinide nucleosynthesis (<15 My) from the SNe history of the Local Bubble (LB, a cavity of low density and hot temperature of ~200 pc diameter). Recent ISM simulations suggest about 14–20 SN explosions within the last 14 My that were responsible for forming the local ISM structure and the LB. 244Pu decay can be considered negligible during this period. The SN ejecta shaped the ISM and also accumulates swept-up material including pre-existing 244Pu from nucleosynthesis events prior to the formation of the LB.
With a growth rate of a few millimetres per million years, hydrogenous crusts will strongly concentrate elements and particles present in the water column above. The higher accumulation rate of deep-sea sediments (millimetre per thousand years) results in a better time resolution but requires much larger sample volumes. With regard to other potential 244Pu sources, we note that natural 244Pu production on Earth is negligible and the ESS abundance has decayed to 10−17 of its pre-solar value22, 23. Anthropogenic production from atmospheric nuclear bomb tests and from high-power reactors is restricted to the last few decades, localized in upper layers and can easily be monitored through the characteristic isotopic fingerprint of the other co-produced  239–242Pu isotopes. In fact the detection of anthropogenic 239,240Pu in deep-sea sediments and crusts provides an excellent proxy for the ingestion efficiency of dust from the high atmosphere into these reservoirs, together with their chemical processing towards the final analyzed samples (Methods).

Selected terrestrial archives for extraterrestrial 244Pu
Terrestrial archives like deep-sea FeMn crust and sediment archives extend over the past tens of million years. Large dust grains entering Earth’s atmosphere have also been observed by radar detections. Extraterrestrial dust particles, cosmogenic nuclides and terrestrial input sink to the ocean floor and are eventually incorporated into the FeMn crust or sediment. For actinide transport through the latter stages, the observed deposition of global fallout from atmospheric nuclear bomb testing in deep marine reservoirs after injection to the stratosphere serves as a proxy to extraterrestrial particles.
We chose two independent archives: a large piece (1.9 and 0.4 kg samples) from a deep-sea manganese crust (237 KD from cruise VA13/2, collected in 1976) with a growth rate between 2.5 mm per My and 3.57 mm per My (ref. 43). It originates from the equatorial Pacific (location 9°180′N, 146°030′W) at a depth of 4,830 m and covers the last ~25 My. In the very same crust, the live 60Fe signal mentioned above was found at about 2.2 My before present (BP)28, 29. Our second sample, also from the Pacific Ocean, is a piston-core deep-sea sediment (7P), extracted during the TRIPOD expedition as part of the Deep-Sea Drilling Project (DSDP) at location 17°30′ N, 113°00′ W at 3,763 m water depth and covers a time period of ~0.5–2.1 My BP (W. Smith, Scripps Geological Collections, USA, personal communication). The crust sample, covering a total area of 227.5 cm2 and a time range of 25 My, was split into four layers (1–4) representing different time periods in the past (see Table 1). Each layer was subdivided into three vertical sections (B, C and D) with areas between 70 and 85 cm2, totalling 12 individually processed samples. The surface layer (layer 1, with a time range from present to 500,000 years BP) contains also the anthropogenic Pu signal originating from global fallout of atmospheric weapons testing. Next, layer 2 spans a time period from 0.5–5 My BP, layer 3 5–12 My and layer 4 12–25 My. We note, the age for samples older than 14 My, where no10Be dating is possible, is more difficult to establish; different age models suggest a time period of 12 to ~18–20 My, another model up to ~30 My for layer 4). Finally, sample X, the bottom layer of hydrothermal origin (Fig. 1) served as background sample...»